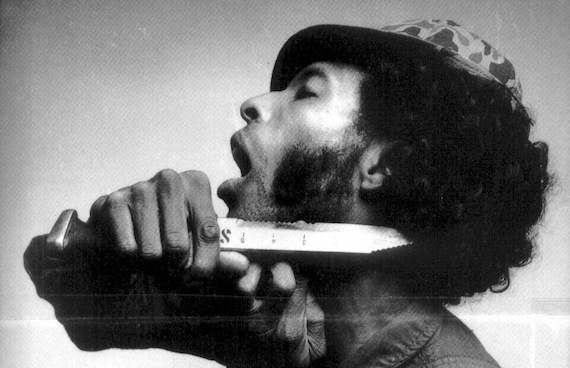 Society is intrigued with reclusive artists, the ones who achieve some measure of success only to seemingly shun the fame and notoriety that accompany it, quickly disappearing from public view. There’s practically a cottage industry devoted to it. See: the crazed, drug-fueled stories surrounding the likes of Syd Barrett, Brian Wilson, and Skip Spence. But few remain shrouded in as much mystery as Sly Stone, who but for the grace of God turned 75 in March of this year.

Known to live out of an ever-traveling RV, and nearly impossible to track down for an interview, Stone’s rumored tales of debauchery and excess are too numerous to even begin to tackle here. But perhaps most fascinating of all is the potential existence of as many as a thousand unheard songs recorded since the early 1980s. Reportedly built using MIDI, samples, and ProTools, few have heard the majority of these fabled recordings, though some have described the work as similar to Miles Davis’ disjointed On The Corner…while others have insensitively described them as something like “Prince on crack,” which may be why the family and estate are protective of the material. However, one remarkable song in particular has made its way onto the Internet. Titled “Coming Back For More”, the autobiographical song’s lyrics include reflective lines on drug use and past relationships, ending with a sample of Little Sister singing the chorus of “Family Affair” before fading out prematurely. In time, fans can only hope that more songs from the fabled “Casio garage demos” will someday appear, because if they’re anywhere near this good, they certainly demand to be heard. words / z biggs

Sly Stone :: Coming Back For More