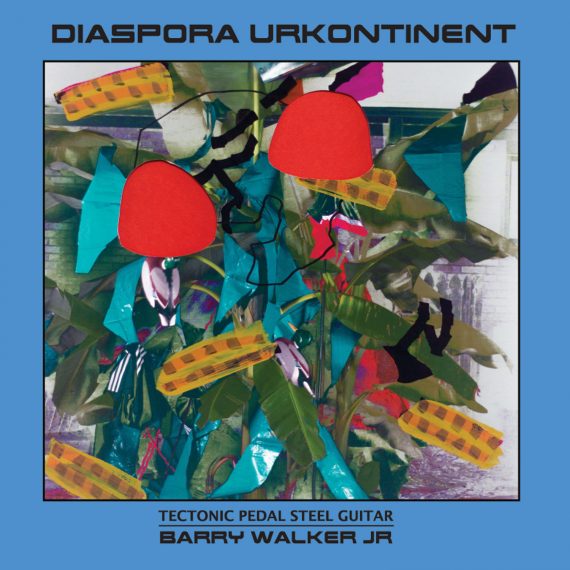 Given the chance, the sound of any instrument can conjure up the sensation of drifting. But few tools seem as equipped for the job as the pedal steel guitar. On Barry Walker Jr.’s marvelous new album Diaspora Urkontinent, the Corvallis, Oregon-based musician builds compositions around the subtly warping sound of his “tectonic pedal steel guitar,” bass, and wooden tongue drum. A sideman who’s accompanied Michael Hurley and Marisa Anderson, Walker’s also a student of geology, who’s dedicated himself to study and research on magma systems in the Western United States and South America. His time in the field informs the slow, patient tone of the lp. It’s a record focused on underground layers, about the way the world constantly shifts underneath our feet. At times, these songs suggest the ambient country of Harold Budd’s The Serpent (In Quicksilver), the mostly-imagined, pan-Polynesian sound of mid-century exotica, or the laidback licks of Red Rhodes, but on album closer “Llora Yavanna,” he steps on the fuzz pedal, tapping into the same blasted serenity as Dead Man-era Neil Young. Released by the fine folks at Driftless Recordings, Diaspora Urkontinent sonically illustrates the concept of a great landmass sliding apart, but perhaps moving toward eventual unification some day far from now. words/j woodbury