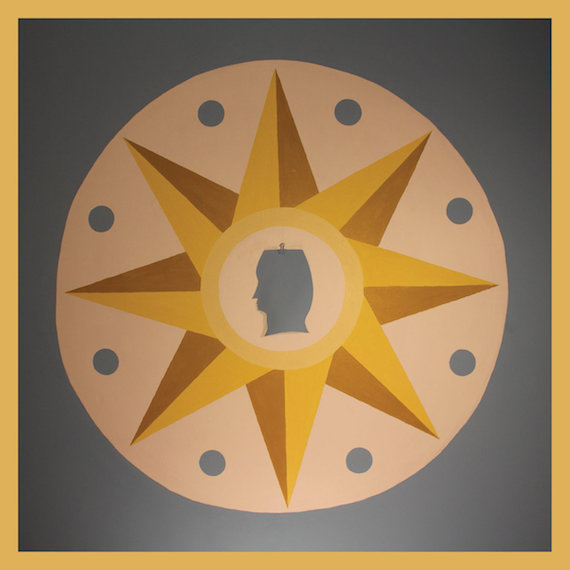 Our romanticized image of the American Primitive-style guitarist is of a solitary figure. We picture him or her alone, hunched over six strings, eyes closed in concentration or reverie, shutting the noise of the world out. On his latest effort, the ambitious, challenging and beautiful  The Morning Star, Daniel Bachman lets some of that noise in.

The album kicks off with “Invocation,” an almost 19-minute drone collage that is at times migraine-intense, at others soothingly beautiful, with snatches of unidentifiable voices that sound plucked from the howling, angry nether regions of talk radio drifting in at points – voices that show up again in less subliminal form on the harrowing, guitar-free “Car.” “Sycamore City” sees Bachman vying for attention amidst rumbling trucks on the highway and insistent cicada hiss. On the otherwise gorgeous “Song For The Setting Sun III,” Bachman’s deeply felt playing is interrupted by the distant strains of a passing police siren. Bachman doesn’t stop and start again, though; he almost duets with the siren, a perfect moment of synchronicity. And  “Song for the Setting Sun IV” is taken over by field recordings of a variety of Virginia creatures (frogs, crickets, etc), creating a weird nocturnal symphony.

Which is all to say that  The Morning Star  is one of Bachman’s most engaging efforts, introducing a new complexity and depth to his catalogue while retaining the warmth and personality of previous LPs. It’s a bumpy, noisy ride, but there’s no one other than Bachman you’d want in the driver’s seat. words / t wilcox

One thought on “Daniel Bachman :: The Morning Star”