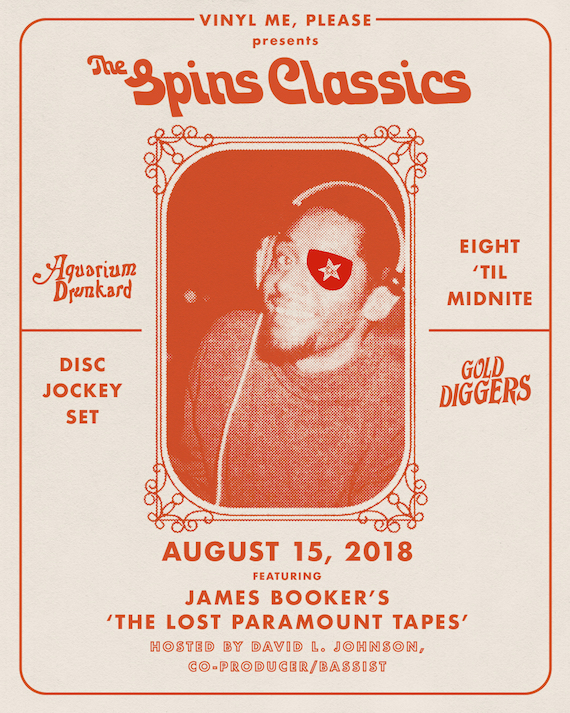 In 1973, New Orleans piano wunderkind James Booker cut a session after a gig while in Los Angeles. Which was promptly lost and, much later, found. You can read our piece on the session (and its forthcoming reissue), here. But…if you’re in LA, we’re co-hosting a party for the album’s release next Wednesday night at Gold Diggers in East Hollywood. David L. Johnson, who played bass and co-produced the session, will be in-house speaking about both the music and his time spent with the enigmatic Booker. Records and revelry to follow via Aquarium Drunkard djs and Louisiana’s own Charles Gaiennie. 8pm-late.