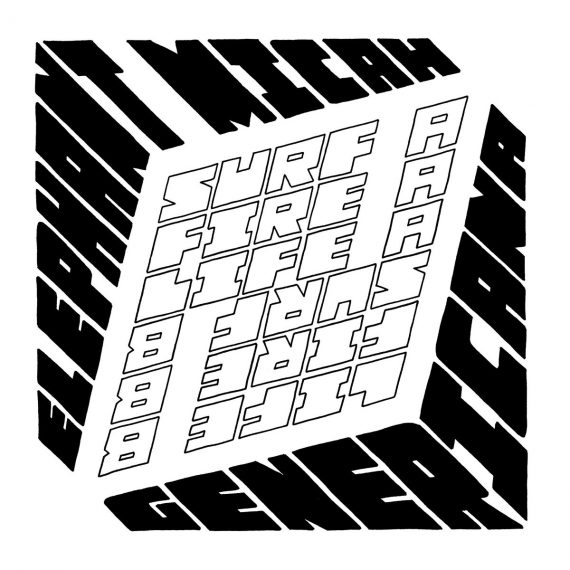 The sound of synthesized waves opens and closes Genericana, the 13th album by Joseph O’Connell released under the Elephant Micah banner. It’s not difficult to imagine O’Connell camped out on some beach with a tape recorder, collecting hours of oceanic lapping and fizzing; after all, his last album, Where In Our Woods, included a ballad inspired by migrating vultures on O’Connell’s parents’ farm in Indiana. But it’s no field recording. Instead, the sound was generated by “The Mutant,” a modified synth unit assembled by his brother, keyboardist Matt O’Connell. Nothing is exactly what it seems on Genericana. Even the title, a quick pun dreamed up by O’Connell to replace “bro-lk” in describing “a certain variety of solo performer, who you might see in a frat-style bar…playing the hits of the day in a quasi-folk mode,” takes on new, weirder life in the album’s context. “Genericana” isn’t a style or even a diss, rather, it’s a hazy but useful term to describe the way mass culture functions as folk culture in our present moment. 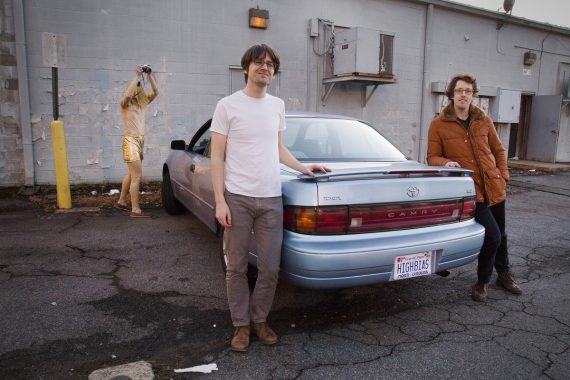 “It wound up being kind of a guiding idea for a music production project that could mash up the sounds that, in my cultural memory, felt ‘American’ to me,” O’Connell says. Radio rock of the ’90s, dance clubs, fast food restaurants, it all can feel American. But here O’Connell gives this idea weight and grace.

Comprising a series of repeated themes, recontextualized by shifting electronic drones, Crazy Horse-style electric guitars, Steve Reich-ian pulses, and steady drums, the record suggests what it might sound like if Arthur Russell fronted Magnolia Electric Co. (Indeed, Magnolia guitarist Jason Evan Groth contributes waves of overdriven guitar to the album.) In the lyrics, O’Connell’s perspective continually shifts: he’s alternately a rider, a taper, a painter, a hunter, a Quaker, a thinker, repeatedly shifting guises to benefit this new sound, one that felt necessary 18 years into recording, “to keep my creative interest in this project alive and well.”

“Maybe in the past, I’ve made these stylistic choices that have to do with acoustic instruments, song forms that are associated with traditional American music,” O’Connell says. “It’s exciting to broaden that folk idea up, to really think about folk as our mass culture. That seems more fun to me than spending more time in the ‘folk singer’ zone.”

Defining what feels “American” can be a fraught proposition in 2018, but in Genericana, a kind of aesthetic pluralism emerges. Crashing rock & roll is American, as are mournful drones and synth squiggles. Our bad politics, warmongering, and consumer culture is American, but so are choice esoteric religious traditions and revelatory outsider art (“Well they say that your paintings/are the work of an untrained mind,” O’Connell sings on “Life B”). It’s a gorgeous but also confusing album, reflective of the times in which its creator made it.

“It seems like we’re experiencing a shift — it might sound melodramatic, but I think it’s an identity crisis,” O’Connell says. “It feels like we’re grasping for something culturally that will make us feel less divided. Technology plays a huge part in that. I don’t want to put too fine a point on it, but obviously, the presidential election was this focal point of people thinking about identity and technology and wondering if we still share, as a nation, a common cultural identity.”

If America is its people and their many ideas, then maybe the music of Elephant Micah is an expression of all those ideas collaging together.

“I think that’s in the air…” O’Connell says. “A lot of artists feel an obligation to try and work through that stuff and come up with novel paths through those identity questions and bring things together and blend them up in ways that will shock us out of binary thinking about culture.”

The new folk sounds of Genericana provide answers about who we are so much as confirm that it’s up to us to decide. The waves that open and close the album aren’t real waves. But real or not, authentic or not, you can hear the waves as beautiful. Water or traffic or static, it all depends on how you tilt your ear. words/j woodbury