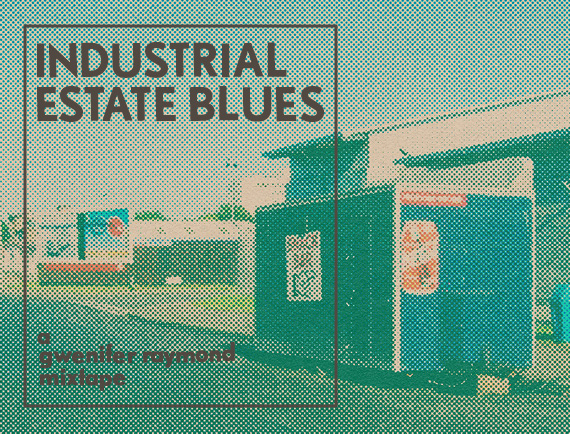 On her debut lp You Never Were Much Of A Dancer, guitarist Gwenifer Raymond emerges as a new voice in the American Primitive lineage. Playing acoustic guitar and banjo, the Brighton-via-Cardiff musician’s compositions are steeped in blues history, but her use of familiar raw materials results in something surprising and vital. Though it may not be immediately apparent listening to delicate songs like “Sweep It Up” or the majestic “Sometimes There’s Blood,” Raymond spent her teenage years playing in punk bands, and there exists for her a psychic connection between ancient blues and three-chord ragers. In her mixtape of ole time numbers and punk classics, decades seem to collapse between each song, and a raw, unifying spirit emerges. Raymond, in her own words, explains:

Early American blues and mountain music and punk are separated by many of the most rapidly changing decades of human history.

Early American blues and mountain music and punk are separated by many of the most rapidly changing decades of human history. Despite this they’ve got a lot in common; sonically, lyrically, and in their general ethos and attitudes. The musicality of the players is usually quite raw (although that is not to say not technically masterful, but rather, unpolished) and at times unhinged; the vocals are classically unsophisticated but they’re unmannered and relatable. It’s those rough edges that really make those sounds as affecting as they are, with the humanity at the other side of the record exposed like an open wound. Lyrically there’re a lot of common themes and many songs have content not suitable for polite company; joking about sex and talking frankly about drinking and using drugs, and living that ‘low’-life. Even though there’s rarely a sense that these lifestyles are being glamorized, there is often a celebratory quality; call it nihilistic joy or making the best of what you’ve got. It’s people giving raw accounts of their own private lives, from gambling and sniffing cocaine in battered jug-joint in Mississippi, to knocking back cheap cider on the cold fringes of a Manchester industrial estate. There’s a DIY ethos to all of the songs on this playlist; people picking up instruments and putting to tune what they were feeling at the time; whatever was important to them and on their mind, or even just joyful sonic explosions that would not be contained. They take songwriting as an everyday part of life, and not something to be mythologized.

You Never Were Much Of A Dancer is available now via Tompkins Square.