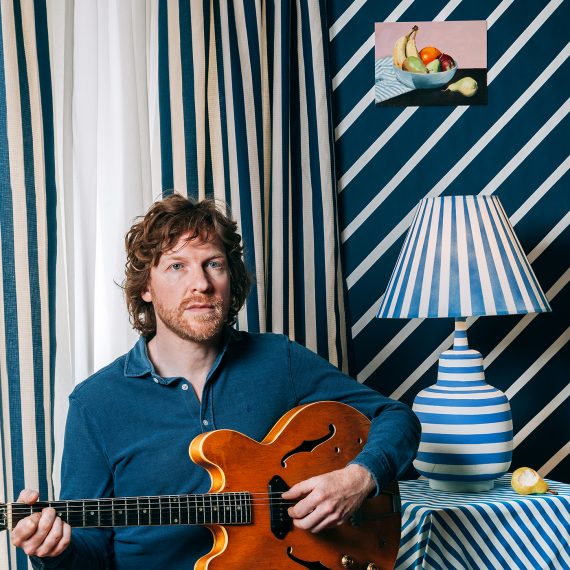 Though he’s a masterful lyricist, Doug Paisley knows that language has its limits. On “Drinking With a Friend,” the first taste of his forthcoming album Starter Home, he confesses over churning upright bass, acoustic guitar, gentle organ, and a resonator guitar: “So many things that I wanted to say/I always found that words got in the way.” Set for release via No Quarter Records on November 2nd, Starter Home follows 2014’s Strong Feelings. Recorded in home studios around his hometown of Toronto, the record immediately feels lived in, the understated work of a confident craftsman (and newly minted family man) in no rush. The record’s first single, “Drinking With a Friend,” exhibits that ease in its own way, as a subtle acknowledgment that for all our effort, all our frantic pacing, our lives are temporary things. “Nothing to show for nothing I’ve done/Someday I’ll be a skeleton/Put me in the ground, let me reach for the sun/Drinking with a friend.” It’s not mournful or solemn, this recognition of mortality. Rather, it imbues seemingly inconsequential moments, like a beer between friends, with a cosmic weight. The best songwriters, like Paisley’s forebearers Gordon Lightfoot and John Prine, know how to make simple monuments out of great big and complex truths. In passing moments, Paisley might find words imperfect tools for his task, but that never seems to keep him from finding the exact right ones on Starter Home. words/j woodbury

Doug Paisley :: Drinking With a Friend

6 thoughts on “Doug Paisley :: Drinking With A Friend”