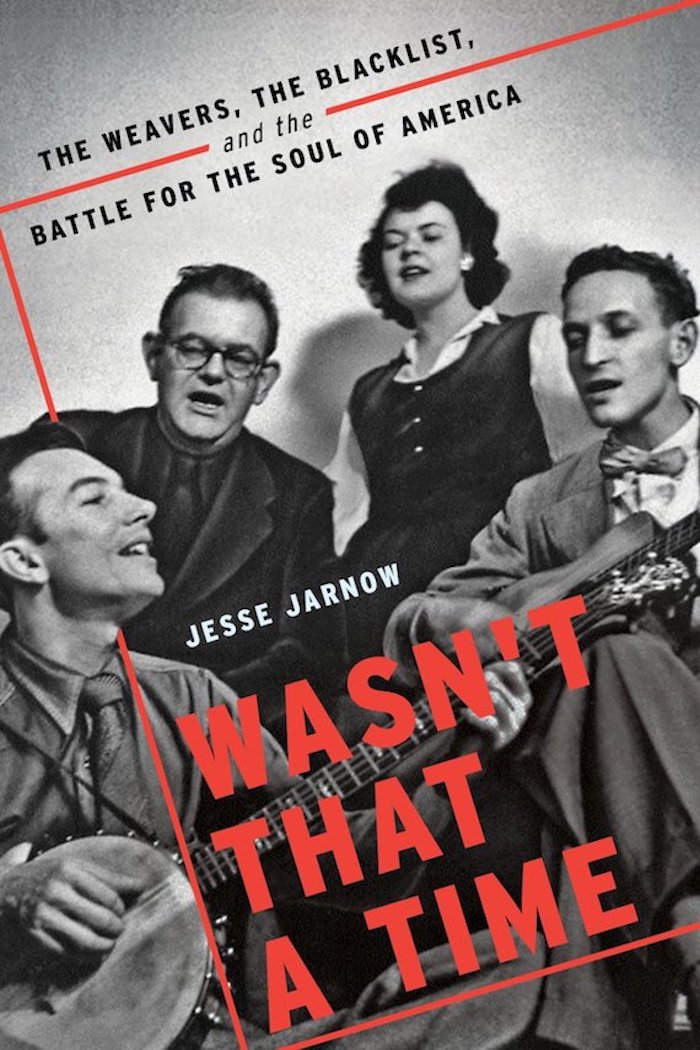 When you hear “Goodnight, Irene” and “Wimoweh” these days, it’s a little hard to believe that the Weavers were one of the most politically radical bands of the 20th century. But the pioneering folk-pop quartet (featuring Pete Seeger, Lee Hays, Ronnie Gilbert and Fred Hellerman) was tangled up in the Red Scare of the 1940s and 1950s, harassed by the FBI, called before the House Un-American Activities Committee, and attacked relentlessly by right-wing media. It’s this complicated, fascinating tale that Jesse Jarnow unravels in his new book, Wasn’t That A Time: The Weavers, the Blacklist, and the Battle or the Soul of America.

Like Jarnow’s previous effort, Heads: A Biography of Psychedelic America, Wasn’t That A Time does an impressive job of pulling together an array of diverse sources, from secret government files to private journals, painting a rich portrait of the strange days that the Weavers helped define. The band members themselves — all complicated characters, to say the least — all come to vivid life via Jarnow’s deep research and reporting. The stories are amazing. Who knew that Pete Seeger once smashed a banjo in a backstage fit of rage? Or that late 1940s folk festivals in Westchester County were liable to transform into violent riots? Or that Ronnie Gilbert was a bona fide psychedelic adventurer, enjoying acid trips well before the summer of love? Every page of Wasn’t That A Time is filled with revelations, all told with Jarnow’s now-signature freewheeling style. A fantastic read.