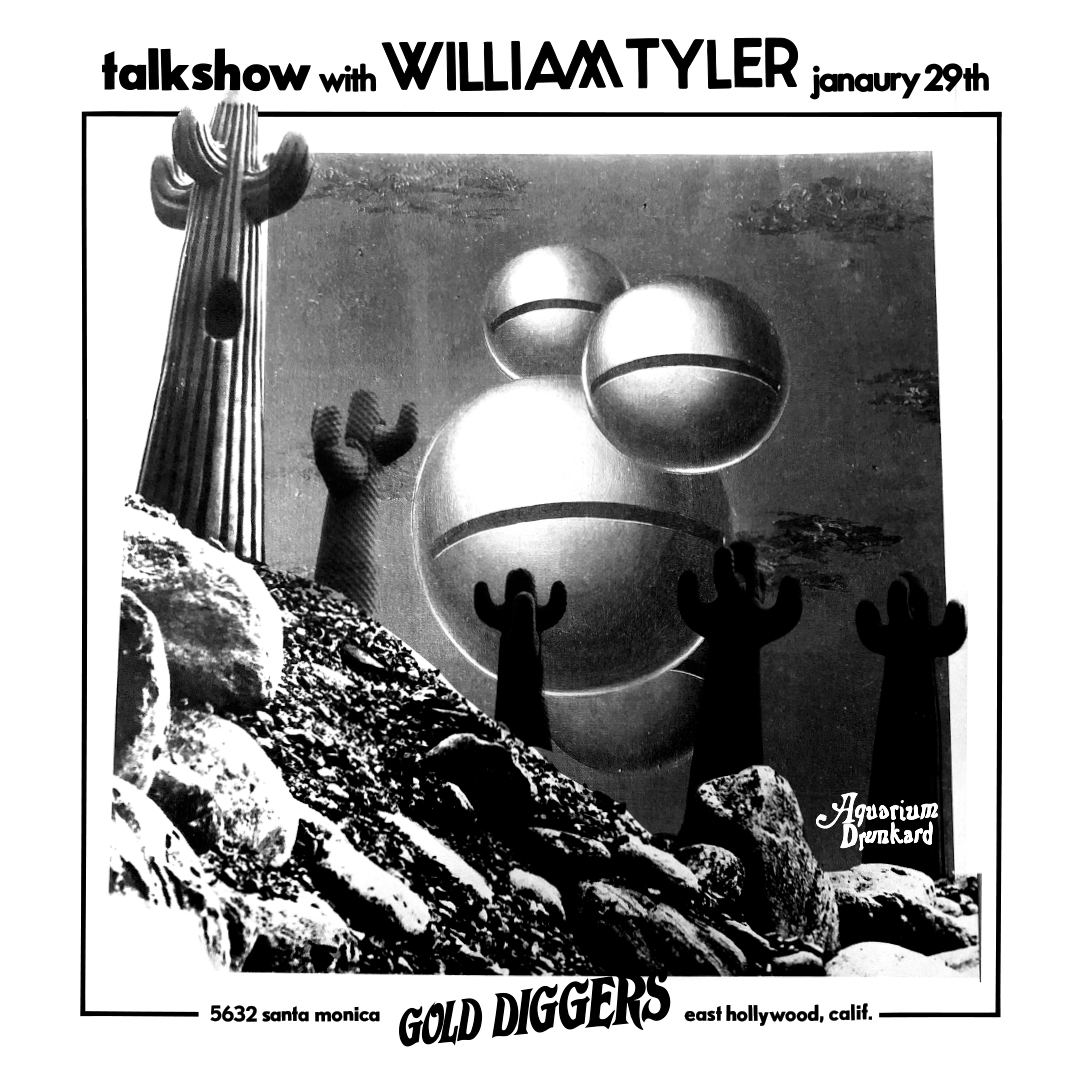 I first became aware of William Tyler a dozen or so years ago through his work backing Lambchop and Silver Jews, seeing him perform with both in Los Angeles. Several years later I picked up his solo debut, Behold The Spirit, based on the recommendation of a friend. Since then, over the course of five inventive records and innumerable collaborations, Tyler has become a master in his own right, capturing and cultivating an aural energy all his own.

This month sees the release of the artist’s next full-length, Goes West – his first recorded output in two years. To commemorate the event, we’re sitting down with Tyler on January 29th at Gold Diggers in east Hollywood for TALK SHOW – a monthly series of conversations centered around the worlds of music, art, film and beyond.

Prior to our chat, Tyler will perform select pieces from Goes West. 8pm, first come, first served. Free and open to the public at Gold Diggers in East Hollywood. 5632 Santa Monica Blvd.