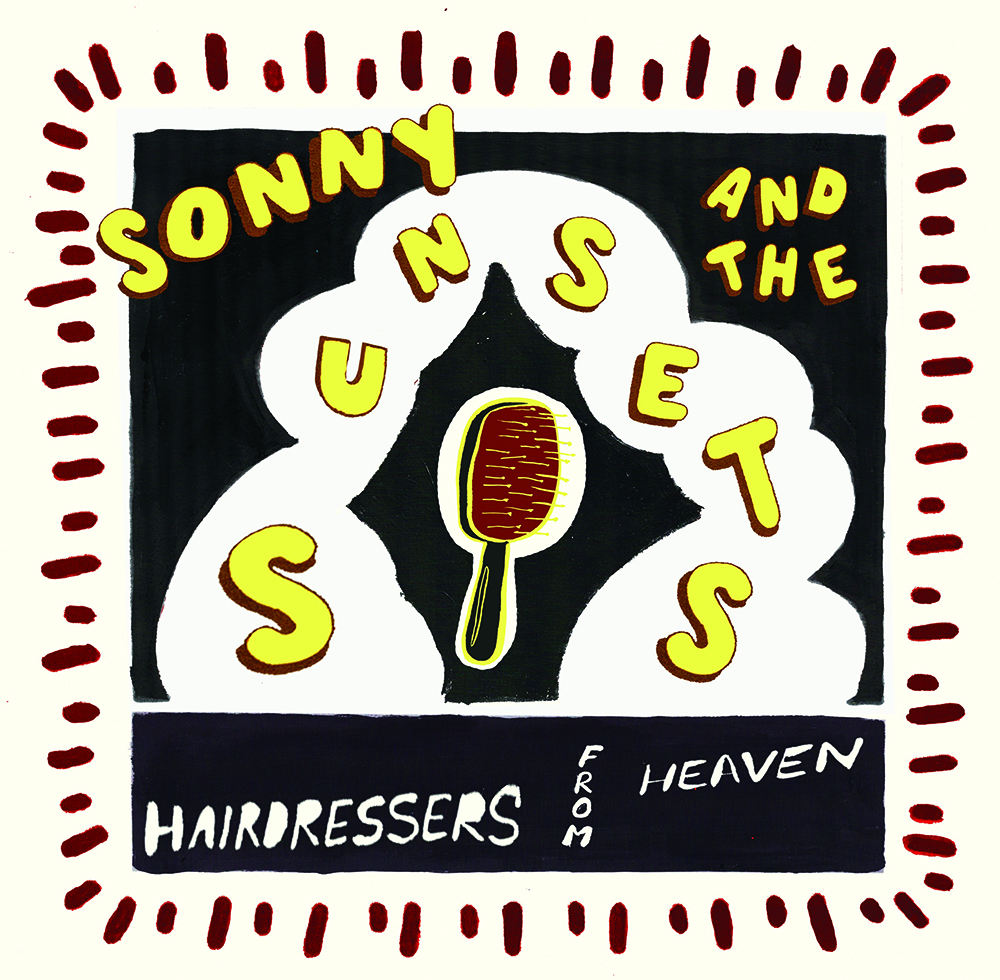 After last year’s streamlined solo album, San Francisco’s favorite son returns with the forthcoming Hairdressers From Heaven, the first Sunsets album since 2016. Produced by James Mercer and Yuuki Matthews of The Shins, Hairdressers is also the first on Sonny’s new Rocks In Your Head Records label. The album’s first clipping, “A Bigger Picture,” is pure Sonny & The Sunsets—a sunbaked pallet of instrumentation and voices carrying along an evocative tale both playful and scathing (“Past the Krispy Kreme where the lonely cops meet and share their Nutty Cocoa Rings and dream about a killing spree”). “Let’s be free / Let’s be freaks,” indeed.

Sonny & The Sunsets :: A Bigger Picture

Sonny’s currently fundraising for the fledgling new label in exchange for a bevy of rewards—from zines and records to original art. If the future is any bit as bright as the past (his incredibly ambitious 100 Records project and 2012’s country-fried Longtime Companion remain huge favorites over here), there should be plenty to look forward to.

In his own words: “Nitro. Astro. Boogeyman from space. My name is Sonny Smith. This is a Sonny & The Sunsets recording. We started a label. Rocks In Your Head Records, named after a record shop I used to spend time in, in Soho New York two decades ago that uplifted me in a way only old record stores can. The first release is this record, Hairdressers From Heaven. We are going to put out some records that would end up in that old store. Some weird bands, some fictional bands, some real bands. San Francisco has taken hits. Clubs have closed. Artists have left. There are good bands in this city. There are great artists making bizarre shit. There are underground HAPPENINGS. There are SECRET shows. There are artists in the streets duking it out with Nazis. Shit is going down. The corporate bulldozers ran through the city and they are still driving around demolishing the place. These tanks are called Death and they bring a foul stench. Humbly, this label is our version of throwing nails at the tank tires.” words / k evans

2 thoughts on “Sonny & The Sunsets :: A Bigger Picture”