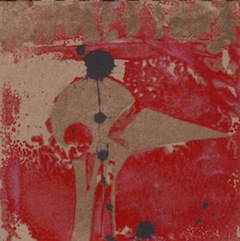 Before last year’s Hampton’s Lullaby placed them firmly on the national radar, Athens, GA’s Futurebirds self-recorded and released their eponymous debut EP. This week Autumn Tone is releasing a remastered version of the EP digitally in conjunction with a vinyl edition release by nascent Athens label, Holy Owned Subsidiary.

From the opening chords of the EP’s first track, “Breathe for Days,” it’s evident why this debut turned so many heads upon its release. The mammoth reverb that has become the band’s stock in trade is here in droves. So are the cavernous harmonies laid down by the band’s multiple vocalists. When they rise to the top, like on “Dirty D” or the rural-psych of “Megachills,” it’s easy to feel swept along in the tide of voices. Futurebirds is an EP that feels of a piece, even as its songs shuffle along at different paces. It helps that they have such a defining sound; one that connects the stomp of “Dirty D,” the sweet heartbreak of “Red Top Girl” and the defiant shout of “MJB” together under one mantle.

The record is soaked in echo. Which makes sense, as it sounds like the defining element of modern Southern rock & roll. My Morning Jacket swims in it, certainly. Even people who weren’t native southerners, like Jeffrey Lee Pierce of the Gun Club, seemed to feel that the sound was imbued with the South’s ethos. Where Futurebirds would go with this sound later is evident in their debut LP, and the just released Via Flamina EP, but there’s something interesting in hearing a band emerge with a nearly fully-formed voice intact. If you’re new to the band, this is an excellent place to start. If you’re already well-versed, it’s certainly time for another visit. words/ j neas video by/ david phillips