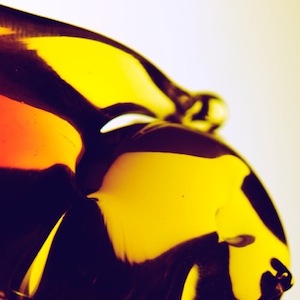 If you attended this year’s SXSW festivities you eventually became increasingly aware of two things: “Jeremiah Weed” is actually a canned alcoholic tea beverage and Hooray For Earth is a band you’re going to run into at least three times a day whether you like it or not. You could throw a rock and hit any member of the group within a square mile’s distance of James Blake. They worked a rigorous schedule in anticipation of their Dovecote debut, True Loves. Theirs is the sound of memorable synth hooks, melodic euphoria and layers of rich vocals taking precedence over guitars, a theme that is constantly evolving — and also standard practice — in today’s fast-paced music release cycle and at any music conference like SXSW. The days of the guitar-based album may be temporarily behind us, but at least we have a growing stable of evidence in bands like Hooray For Earth to keep us excited about the future.

On True Loves, Hooray For Earth creates gigantic, glowing melodies and choruses that stretch far beyond what I expected. Unlike many bands that poke you with their gritty, choppy synths, there’s no vagueness (too much reverb) or confusion (hyperactive vocals) between the audience and the artist’s message as Noel Heroux connects with casual, and sometimes commanding, vocal melodies. The cascading synths are also one of its selling points that may remind you of the swirling New Wave/Pop created by OMD. The pace is generally slower, but songs like “Last Minute”, “Sails” and “Same” are shining examples that are on par with the best material found on this year’s strongest albums.

Then there’s the title track “True Loves” — one of best singles you’ll come across all year — and absolutely perfect for summer driving/drinking/mixtapes/eating…whatever warm climate activity deserves a soundtrack. The chorus reinforces the theme of the album, ”Under the world of sound/don’t have to love.” This is Heroux reminding himself and the audience that what he’s creating has a lasting effect on everyone and weighs the same as the deepest love. And although that may sound self-indulgent and romantic, it’s a strength that artists need to possess. We as fans want to be assured that the musicians we follow are in it for the long haul.

True Loves is definitely a front-loaded full-length that pays off quickly. I would have loved more dynamics in the rhythms apart from the tribal thumps and mid-tempos found throughout the album, but the more I revisit this record the more I dig deeper into those grey areas as there are so many great songs and ideas that come to fruition. I must be missing something else, right? But, specifically, True Loves successfully balances Heroux’s delivery with his heartfelt intent of creating something that sounds as massive as his emotions may not be able to convey in real life. And that’s the true meaning of music in a nutshell. words/ s mcdonald