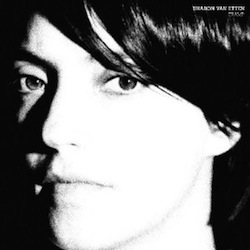 I’ve become obsessed with segues and album structure over the years. I appreciate, probably to excessive levels, a record that puts all of its parts together in a way that shows the strength of even the album’s weakest moments. Beginnings and endings, as with most things, are the toughest to nail, and it’s with that in mind that Sharon Van Etten enters the conversation.

As lead album tracks go, “Warsaw” is pretty much perfect. It’s short – just shy of two and a half minutes – and sets the album’s mood perfectly; like a set of opening film credits, with hints at what’s to come. It’s hard to follow the lyrics – there’s just enough static in Van Etten’s vocals that it helps obscure the true meaning. Somethings shine through though – that our narrator wants to “be over you,” and to “show you” that fact. Why the obfuscation then? She’s emerging from something traumatic, something sinister, something big. Even she doesn’t know exactly what she means – she only knows she feels it. In the language I use to teach my students basic essay structure, it’s a ‘hook’ of epic proportion, drawing listeners into its murky, grey and uncertain world. It’s the beginning of an album-long exploration of ghosts and it’s truly one of this year’s finest albums so far. words/ j neas