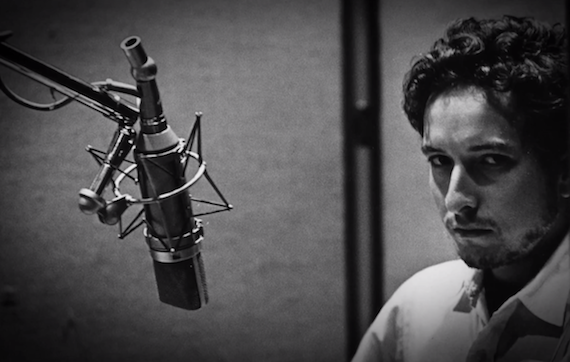 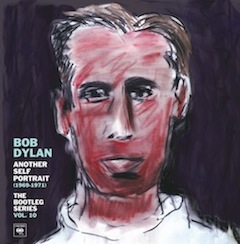 In the early 1970s, rumors floated around the lunatic fringe that the dude making records under the name “Bob Dylan” was not in fact Bob Dylan. The real Dylan had died in that 1966 motorcycle accident and an imposter had taken his place. It’s unlikely anyone took this theory seriously — even in a “Paul-Is-Dead” way — but it’s a good illustration of the deep bewilderment that greeted some of Dylan’s work back then, a bewilderment that reached its apex with the release of Self Portrait in 1970.

Dylan’s always been cagey about Self Portrait, once even telling Kurt Loder more than decade later that he designed the the double LP as deliberate self sabotage. “I said, ‘Well, fuck it. I wish these people would just forget about me. I wanna do something they can’t possibly like, they can’t relate to. They’ll see it, and they’ll listen, and they’ll say, ‘Well, let’s get on to the next person. He ain’t sayin’ it no more. He ain’t givin’ us what we want,’ you know?” You almost want to believe him, but as is almost always the case with Dylan, the truth is more complicated.To be sure, Self Portrait is a slapdash affair, stirring covers (some serious, some sarcastic) and originals (some brilliant, some bullshit) into a far-from-cohesive brew, with wildly divergent vocal approaches thrown in to boot. But take a look a few years back to the much feted Basement Tapes sessions; Dylan was doing almost exactly the same thing with the Band at Big Pink. Point is, the guy hadn’t altered his approach much, and there’s plenty of solid material on Self Portrait. It’s not that Dylan didn’t want his audience to listen, it’s that he wanted to be accepted for what he always said he was: a song and dance man.

So let’s re-assess with the help of Another Self Portrait, the latest in Columbia’s scouring of Dylan’s unreleased archives. Focusing roughly on the 1969-71 period, the double CD comp makes a convincing argument that Bob was operating on a consistently high level, composing underappreciated gems like “Sign on the Window” and “Time Passes Slowly,” and playing passionate versions of songs drawn from the deep well of the American and British folk tradition. Dylan isn’t the mad genius of the mid 60s here, he’s a guy in love with his wife and kids, singing songs about dogs and rivers and moonshine and love. That may have seemed woefully out of touch in 1970, but it sure sounds excellent 40-plus years later.

To be sure, there’s plenty of revisionist sonic surgery going on here, but it all works. In some cases, stripping back the production brings out the power of the performances (such as on the stunning “Copper Kettle”). In other places, previously unheard overdubs add pleasing new layers to familiar tunes — check out the AM-radio friendly horns Al Kooper arranged for New Morning‘s title track.

All in all, Another Self Portrait is a deeply enjoyable listening experience, capturing that enigma known as Bob Dylan at another weird and wonderful peak. “What is this shit?” Greil Marcus famously asked in his Rolling Stone review of Self Portrait back in 1970. Turns out it’s pretty good shit. words/ t wilcox

7 thoughts on “Bob Dylan :: The Bootleg Series, Vol. 10: Another Self Portrait”