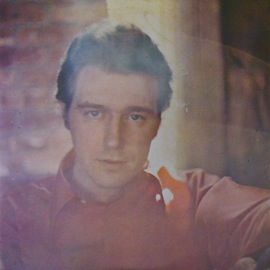 The man behind “Mr. Bojangles,” songwriter Jerry Jeff Walker is best known for his progressive country work, a catalog that puts him squarely in league with Guy Clark, Townes Van Zandt, and Michael Martin Murphey. But Walker’s psychedelic credentials are firmly established too, going back to his early work with Circus Maximus, and wonderfully evidenced by his 1969 LP Five Years Gone. Included in a recent CD reissue by Raven Records alongside Mr. Bojangles and Bein’ Free, the album carefully folds psychedelic flourishes and textures into Walker’s songs, deftly sidestepping between country and folk rock arrangements. “Help Me Now” almost sounds like something Michael Chapman would get up to, and “Blues in Your Mind” achieves the distinction of truly “Cosmic American Music.” Walker covers Keith Sykes’ “About Her Eyes” for the album’s best moment. According to Walker, Sykes “hitch-hiked to New York City from Memphis, Tennessee, to tell me how much he liked ‘Bojangles.’ He stayed on at my house for about a week or so and we swapped songs and this one he played for me.” With its cascading piano and aching pedal steel, Walker sings the song low and hazy, punctuating his lines with a soulful burn. “When she leaves you become quite drowsy/So you recline in your easy chair/She’s left you there to think in silence/About her eyes, about her face and her hair.” Longing as trip, romance as revelation. A Walker cover every bit as classic as his version of Guy Clark’s “L.A. Freeway.” words / j woodbury

Jerry Jeff Walker :: About Her Eyes

5 thoughts on “Jerry Jeff Walker :: About Her Eyes”