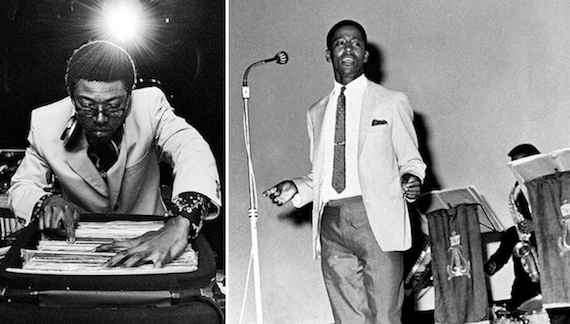 (Volume 25 of Clifton’s Corner. Clifton Weaver, aka DJ Soft Touch, shares some of his favorite spins, old and new, in the worlds of soul, r&b, funk, psych and beyond.)

When I began compiling this installment of Clifton’s Corner, I didn’t really have a particular theme in mind. It was just going to be a mixed bag of songs that I’d been into of late. However, I’m noticing that I subconsciously picked all tracks from the 1970s, many with socially conscious themes. From the Afro-funk of Geraldo Pino’s “Power To The People”, the early Prince performance with 94 East, to the subtle and sublime jazz influenced soul of Larry Saunder’s “Free Angela”, this collection of songs represents, to me, some of the very best qualities in ’70s music.   The superb musicianship, original songwriting, and social conscience are a full-flowering of the seeds sown during the previous decade. But rather than let my words get in the way, I’ll let the music do the talking.