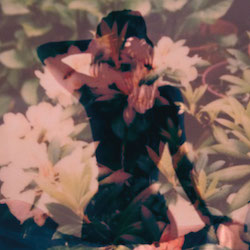 Modern Vices describe their sound as “dirty doo-wop,” but don’t get too confused. These Chicago-based rockers — vocalist Alex Rebek, bassist Miles Kalchik, drummer Patrick Hennessey, and guitarists Peter Scoville and Thomas Peters — owe more to the heritage of the Modern Lovers and the Velvet Underground than the group harmonies of the Del-Vikings or the Flamingos. In the case of Modern Vices, the doo-wop tag is more an abstraction, a descriptive nod to the prevailing mood that dominates their self-titled debut for Autumn Tone. Even at their hardest, on songs like “Cheap Style” and “Taller in the Sunshine,” there’s a tender, lovelorn spirit hovering over Rebek’s bathed-in-reverb vocals. Like Hamilton Leithauser before him, the young front man ditches the detached persona that plagued indie rock through much of the ‘Aughts, instead going all in, crooning with crazed passion and force, like Sinatra or Bobby Darin fronting a punk band.

Sonically indebted to the tangled rock of Television and the sharp pop of the Smiths, the album is a blur of guitars and drums, and occasionally Rebek sounds as if he’s climbing to get out from under it all, but his straining only makes lines like “Let the night begin/let it never end” all the more compelling. And when the band does overtly embrace their R&B influences, like on the smoldering “Smoke Rings” or closing epic “Baby,” they indicate that that whole doo-wop thing kind of transcends stylistic concerns, tilting toward universal themes and concerns: quick glances, heavy breaths, and broken hearts. words / j woodbury