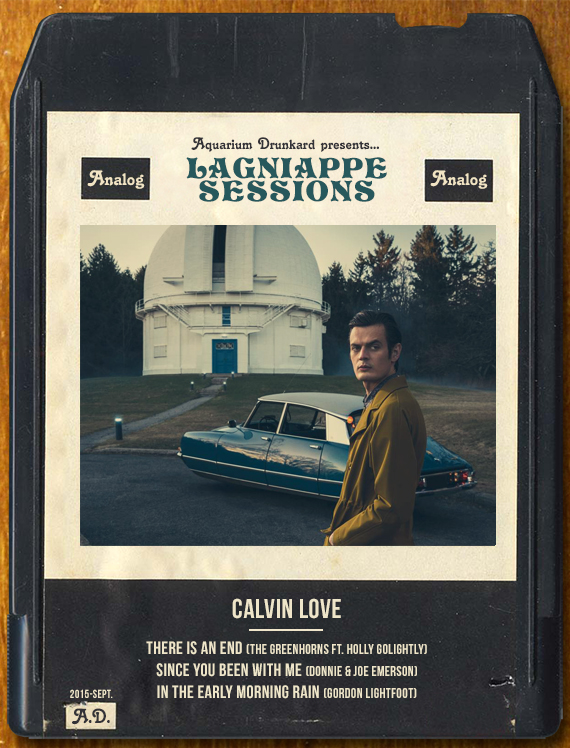 Calvin Love :: There Is An End (The Greenhorns, ft. Holly Golightly)

I first heard this song via the Broken Flowers soundtrack, and was instantly gripped by the guitar hook and vocal melody. I think the songwriting and lyrics are beautiful. I recorded this track with two of my bandmates one afternoon — Kyle McCrea on the Twang reverb guitar & Andrew Heule on the drums. I played the bass, added a few guitar parts through out the verses, and had a blast singing it.

Calvin Love :: Since You Been With Me (Donnie & Joe Emerson)

Donnie & Joe Emerson’s record Still Dreamin Wild is a fine piece of magic. When I heard this track, it put me in a reflective state. I liked the repetitive bass and drum parts and the dark vibe it carries, and I’m a sucker for 80s synth drum machine stuff. While recording it I kept to the basic structure of the original, But then added my own guitar parts.

This is one of my all-time favourite songs, I had the pleasure to catch Gordon Lightfoot in concert a few months ago in Toronto at Massey Hall. He is so beautiful, he was up there singing his soul out. At 80 years old. I wanted to cover this song and sing and play it the best I could. I recorded it on a rainy day, with a Tascam 4-track cassette — one mic for guitar and one mic for vocals. I couldn’t change anything about this song. Its more of a tribute to the man and the songwriter. Big love, Gordon.