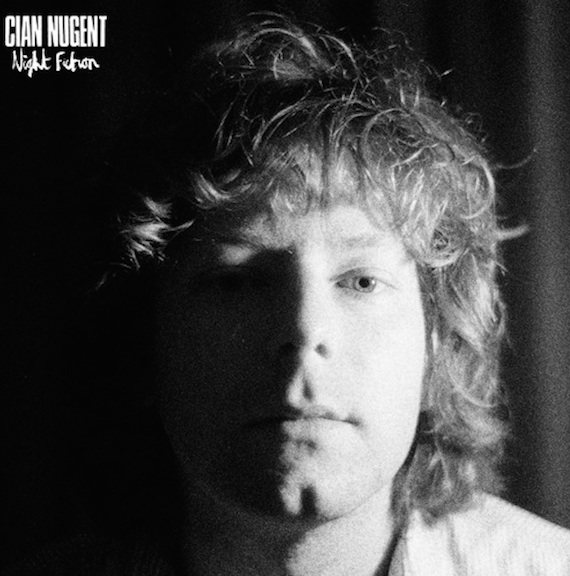 Cian Nugent has been primarily known for his instrumental work, both as a Takoma School-inspired fingerpicker and an electrifying bandleader (as heard on his incredible 2013 LP with the Cosmos, Born With The Caul). Night Fiction sees him slipping into a more traditional singer-songwriter role — and making it look like no big thing.

The album’s seven songs swing and swagger, calling to mind such legends as Fred Neil, Neil Young, and Michael Hurley, as well as more recent favorites like Kevin Morby, Steve Gunn and Cass McCombs. The scrappy vocals and wry lyrics are perfectly complemented by the Cosmos’ nimble folk rock backing — especially notable is the sensitive kitwork from drummer David Lacey. And of course, Cian hasn’t put his guitar away: every note he plays here is casually dazzling, with tones and taste worthy of the mighty Richard Thompson. “I’m not sure where I am anymore,” Cian sings sings on the gorgeously bewildered “Nightlife.” But Night Fiction as a whole suggests he’s found his voice. words / t wilcox