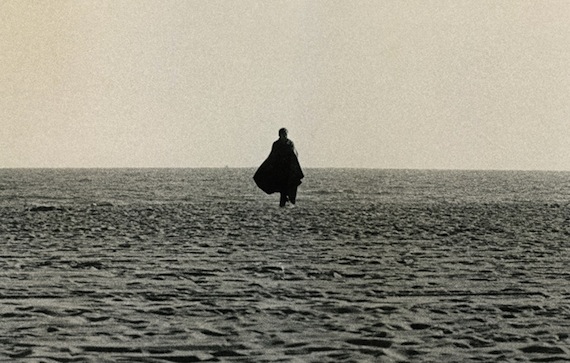 Have you ever driven through the desert late at night with Coast to Coast on the radio?

It’s a special kind of magic, this weird, dreamlike logic that overtakes your brain, making the paranormal seem plausible, spooky weirdness feel almost comfortable. Don’t take my word for it — writer Kaleb Horton has written about the vibe better than I can — but it’s worth experiencing. I felt a similar feeling the first time I listened to Jim “Sully” Sullivan’s 1969 album UFO, reading his story in 2010 direct from Light in the Attic’s Matt Sullivan, writing for this very site in 2010. Sullivan’s record is a haunting, West Coast pop via-the-astral plane kind of album, and its mysteriousness is compounded by the fact that in New Mexico in 1975 Sully just…vanished. Never seen again. Gone, without a trace.

For the first installment of Aquarium Drunkard’s new quarterly column for the Los Angeles Review of Books, I wrote about the Sullivans — Jim, his family, and Matt — and touched on late night A.M. dispatches and the lure of lost stories and music. Enjoy. words / j woodbury

Read it, here: Searching for Sullivan

One thought on “Searching For Jim Sullivan”