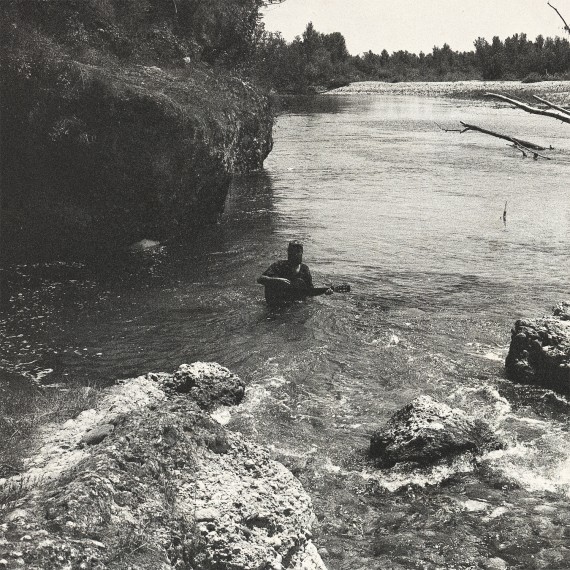 Lost records come of many vintages. By comparison to long-lost ’60s and ’70s nuggets, Requiescat In Plavem, recorded only as far back as 2012, might seem a bit too fresh for “lost classic” status, but damn if there isn’t some mystical appeal at work in these songs.

Recorded by Italian songwriter Marco Spigariol, singing in the Italian dialect of in the hills of Valdobbiadene on a Tascam 8-track, the album taps into uncorked Neil Young vibes on album opener “Mi E Ti,” offers up woozy folk on “Busiero,” and goes arcane places with the creeping “Vergine De Luce,” Spigariol saying as much with a fuzzed-out guitar as he does with his far off vocals, sung in the Vento dialect.

“When I received this record I had no idea what I was getting myself into,” Jonathan Clancy of Maple Death Records says. “It came with no notes, just a letter in broken English. For days I made up lyrics to it trying to crack and uncover the language, dreaming of some Latin American retreat. Little did I know I was actually taking a stroll up the Piave river, plunging through pre-war cascades, seeing feverish trees set mountains in motion and a Veneto valley full of psychedelic beauty naked in front of my eyes.”

Luckily, Maple Death has rescued and reissued this gem, laden with Morricone dread and Shakey looseness; it’s low key and deeply-felt, and after recording the album Spigariol hung up his music hat, leaving behind this spooky thing, suitably humid listening as we ease into summer. words / j woodbury