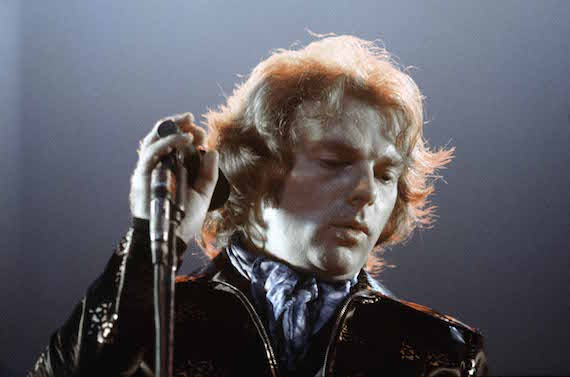 As with any artist whose career spans more than several LPs (let alone 30-plus) it’s often difficult to pick a peak. That said, there is little doubt that 1973 featured Van Morrison at one of his highest of his highs. With numerous hits under his belt, some flops, and some good and bad times ahead, he set out across America and England with as powerful a set as any band could claim at the time.

The expanded It’s Too Late to Stop Now proves the original (now Volume I) was hardly a one-off in terms of the quality of the performances therein. That release was seemingly a live Greatest-Hits-Til-Now with some other bangers mixed in; Volumes 2, 3, 4 and their accompanying DVD prove that the three-month tour was one massive highlight and a mere sampling of what Morrison, and the Caledonia Soul Orchestra, could do.

The forty years in-between its original release and present day have muddied the context of It’s Too Late To Stop Now, an album from a promotional tour in advance of Hard Nose The Highway. Morrison is decidedly Irish in popular context, but his first ten years as a solo artist were almost entirely spent in America — New York and Northern California to be exact. The band for Hard Nose, like It’s Too Late, was entirely American. The aloof, or otherness, that Morrison has become known for was an entirely new concept to him in 1973 — a dynamic performer that had become introverted, scared in many ways of the scope of his own success.

While Volume I was billed as recorded in Los Angeles and London, it seemingly framed Morrison in a British context, as a homecoming of sorts for the artist. Here, the new additions of shows from Los Angeles and Santa Monica showcase an international star no more comfortable, though no less potent, near his birth place than his adopted home. As exemplified on the DVD release, Morrison seems all-consumed by the perfection of the sound, and often the loosest part of the performances are his own soulful wails and improvisations. The band feels like a looser, Jazz-standard version of Zappa’s Mothers, led by the snaps and shakes of their leader. The expanded volumes show that the band was on a short leash, a yapping dog on its hind legs barking at strangers on the street while its master looked the other way with a blasé, yet firm, grip.

Of course, that emotional distance worked to Morrison’s advantage and task-mastery, informing both his songwriting and performance. The intimacy of the show at LA’s Troubadour shines in both its fidelity and the loudness of the audience. “Snow in San Anselmo” hews towards the studio recording within the small confines of the storied venue, unattainable in the larger Santa Monica Civic or Rainbow in London. The song touches on the one hallmark interaction Morrison would have that tour, that of goading appreciation for his band. “Yeah, yeah” he pushes as a small swell of applause builds into crowd-wide appreciation for the song’s early jazz-freak-out. 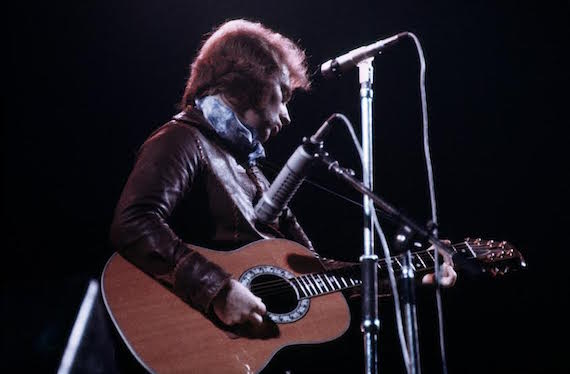 This is not to say that Morrison could not command a larger room, hardly. Volumes III & IV prove as such. “Moonshine Whiskey” particularly stands out — a country ditty that quickly becomes a soul ballad, and flips back and forth. It’s a song about a “Texas sweetheart” from Arkansas that quickly jettisons to New York; “I’m gonna take a plane/ come with me tonight/ I’m gonna get off the plane and get in a taxi / say ‘Take me… to 42nd Street’ / I just want to streamline/ Til the cows come home.” The virtuosity of the Caledonia Soul Orchestra is on high display, with the string section by turns playing like a Texas roadhouse band and then a classical quartet. It is appropriate that Morrison takes this opportunity to introduce the band… only to get caught up in the moment and their elasticity to fail to mention anyone by name.

The tour ended most shows with the one-two punch of “Cyprus Avenue” and “Caravan” (or vice-versa), two tracks that clocked in at over eight minutes each. “Cyprus Avenue’s” first climax builds as Morrison stutters over the line “my tongue gets tied,” and while comedic, Morrison pours himself into the stutter, selling that he truly cannot bring himself to say how he feels — either from the emotion of it all… or perhaps from the very stage fright that was consuming him. “Caravan” allows him to finally name his players, who take turns showing off their chops, Morrison seemingly all the happier to be out of the spotlight, if even for only a moment. Those two songs were highlighted when we wrote about the original volume in 2008 — that this release can both backup that enthusiasm and expand on it shows the expanded collections importance as an addition to the Van canon.

Surely the era of expanded reissues will soon approach — only so many shows were recorded or worth sharing, only so many unreleased tracks remain. But this is why It’s Too Late to Stop Now is such a gift — it is entirely worth sharing, nothing feels perfunctory. This is not the same show rendered four times, nor is it an exercise in getting-out-what-you-got to fill the coffers of an aging artist. The expanded edition renders a summer in the career of one of the all-time greats   — Morrison held court over the audiences put before him, then and now, and the proceedings are both captivating and enthralling. words / b kramer