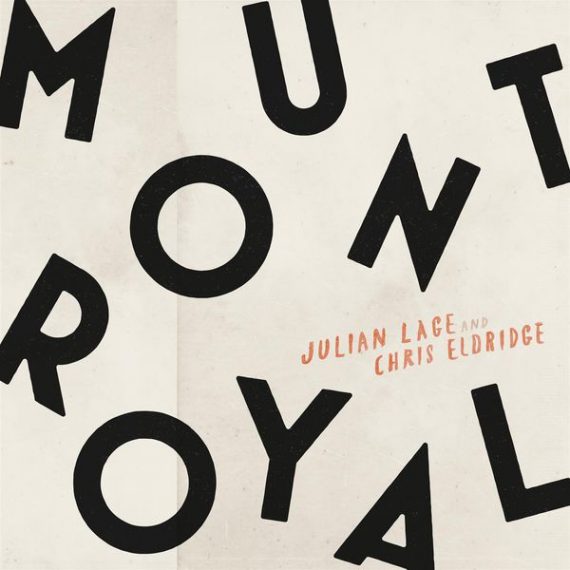 Debussy famously stated “Music is the space between notes.” Pioneering sound poet  Joanna Brouk suggested, “If you want to know where my music came from, it was silence.”   Lisa Simpson, seated at the Jazz Hole nightclub in downtown Springfield, explained to a fellow patron that the key to understanding music  was listening to the notes not played. (“Pssh, I can do that at home.“) Point here is: things happen in the spaces between phrases. The action’s in the space provided.

Guitarists Julian Lage and Chris Eldridge are highly accomplished players. On his 2016 album Arclight, Lage — a child prodigy known for his work with Nels Cline — subtly blended country & western and jazz. Eldridge is no slouch either. A full-time Punch Brother, he’s worked with artists like Paul Simon, Justin Timberlake, T-Bone Burnett, and Elvis Costello. But on their second full-length collaboration Mount Royal, there’s no attempt to outplay or one-up each other. The duo understands the need for breathing room.

Drawing from American roots music — folk, gospel, country, and jazz — Eldridge and Lage carefully weave their guitars together. The  collection’s mostly instrumental, but sterling  vocals on songs like Eddie Vedder’s “Sleeping By Myself” and “Things in Life” are welcome additions. Unhurried and graceful, the duo taps into bluegrass traditions for “Old Grimes,” offer skewed blues on “Lion’s Share,” and interlock in the twisting, quizzical passages of “Everything Must Go.” Best of all is opener “Bone Collector.” Eldridge begins by strumming out a marching rhythm, over which Lage picks a stately verse. By the end, they’ve conjured up a micro-symphony, before gently returning to the theme. The duo’s reverence for space, extended to each other as players and to the listener, is evident throughout. words/j woodbury

Mount Royal will be released via Free Dirt Records February 24. Below, a live performance of “Bone Collector.”