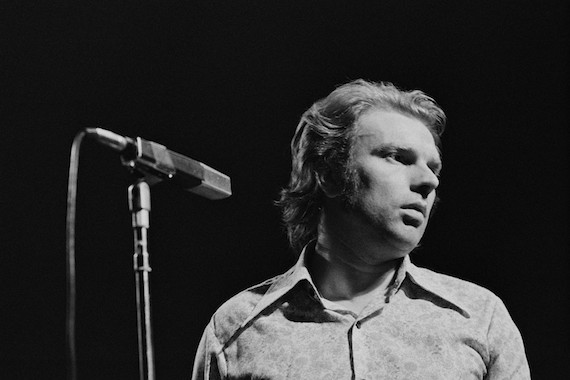 A year before his passing in 1975, famed Bay Area radio DJ Tom Donahue sat down with Van Morrison. At the time Morrison was coming off an all-time string of records, coming off a relentless tour-de-force-tour, and coming down from a few other things. That afternoon, Donahue filmed their talk, tugging away at cigarettes the whole time — and then filmed the ensuing show, one of Morrison’s first post-Caledonia Soul Orchestra. He then threw it all on local-tv.

Morrison’s voice is gruff, strained. It doesn’t work so well while scatting on “Moondance.” It actually does kind of work on “Listen To The Lion,” where he tries to reach some kind of high, doesn’t get there, and brings down the whole groove, making the mood of the song darker, more sinister. The whole night is subdued, but when Morrison lets loose, it guttural, coming from whatever energy he has left in his still-tiny frame.

And then we suddenly cut to a cramped booth into which Donahue and Morrison have stuffed themselves. Donahue opens by asking when they can start, when will everything be ready — and we never get there — the conversation feels like one long outtake. Van is obviously tired, ragged from the road, from over a decade of non-stop fame. He’s 29 years old and you would have given him 40, easy. words / b kramer