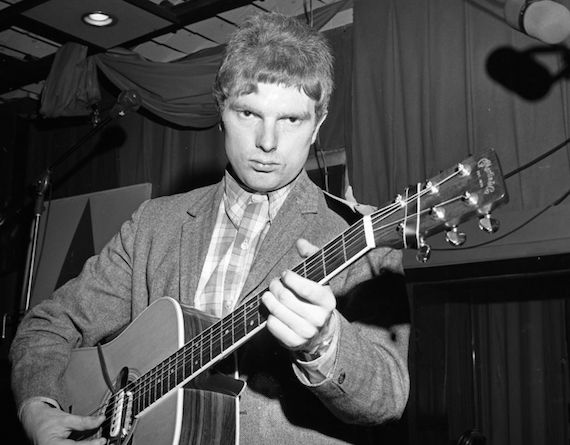 Rather than introduce a bevy of unearthed material or special-features, The Authorized Bang Collection retells a chapter of Van Morrison’s career in a reframed light using existing material. Famously, Morrison did not approve of 1967’s Blowin’ Your Mind, nor the collection of outtakes and half-serious sessions that followed it. The time preceding 1968’s groundbreaking Astral Weeks has come to be seen as a false start in Morrison’s solo career, and the artistic shift post-Bang as a kind of unshackling.

Perhaps the most surprising aspect of the 3-CD collection comes in the form of Morrison’s own essay, which starts off the collection’s booklet. In it, Bang founder Bert Berns decision to release Blowin’ Your Mind is recalled of thusly:

“I thought the recordings were going to be issued as four singles, at least that’s what I was told. But after the first single, ‘Brown Eyed Girl’, hit Top 10 that summer, Bang issued the eight songs as an album… At the time, the whole ‘concept album’ was coming in and singles were going out. The whole concept of an album completely changed then… If I had thought it was an album, I would have approached it a whole different way.”

Berns is painted after that as a man consumed with his work, too busy for Van but also serving as an early kindred spirit, with Morrison complimenting Berns’ songwriting throughout the essay.   Morrison later states that the second set of sessions with Bang were limp because of the Berns-picked musicians inability to “gel” with what Van was bringing to the table.

The third disc of the set, the aptly titled “Contractual Obligation Session,” is wholly uninspired, and showcases an angry, cheeky and hurried Morrison. But where there are more than a dozen tracks that feel like salvos, a ditty like “You Say France And I Whistle” shows that Morrison was at least pulling from some creative place while he clanged away on an acoustic guitar, desperate to get out of the room.

It’s not just that “and you say France” is something Morrison utters and belts on “Into The Mystic” and live versions of “Cyprus Avenue” — underneath the sarcasm and lack of effort that sits over that dreadful session, Morrison was exploring his voice. It’s not a jubilant, triumphant and emphatic voice, the one he’s known for. It’s a guttural and despondent one, trapped contractually and creatively, picking at weak or half-thought-out material and bending it into something serviceable enough to get him out of there. But the voice in that room stayed with him his whole career, both in the darker tones compared to the smiles of “Brown Eyed Girl,” and in the raspy, talkative style that Van peppered his catalog with.

Whatever Morrison’s disappointment at the time was, he rebounded from it, and found a stronger voice, literally and as a creator. “Beside You,” so lovingly unfurled on Astral Weeks, is a swirling and plaintive love song — it’s not something you quote from, it’s not something you play on your wedding day; it’s loose and disjointed, it’s complex yet scattered — but it’s a pure expression of love. On the three takes from the Bang collection, it’s a weak and undeveloped pop-ballad. Morrison may have been unimpressed with the sessions, but he gives a rousing effort, and he cared enough for the material to try it again a year later.

Those moments, combined with Morrison’s conciliatory tone in regards to Berns – and some light-touch remastering and digital enhancement – help the box-set achieve more than its baseline of usurping existing releases and bootlegs. Taking in the collection as a whole shows an artist finding his way in a changing musical landscape, internally and externally. The formality and curated careers of groups like Them was being ushered out at precisely this moment, and Morrison felt ready for the surging tide — those around him were not.

This recontextualisation of the material allows the Bang Collection to be recast as a period of transformation and not just frustration. Did Morrison need the lows of Bang and the time around it to become a star? His work immediately afterwards feels so much like a rejection of what Berns was going for. And yet, much of the energy on Astral Weeks and throughout his career is a delicate line between love, frustration, aggression and tenderness, be it shouted, whispered or rattled off. Morrison seems, with hindsight, to be at peace with what transpired, either because of the distance from it, or the success that followed. words / b kramer