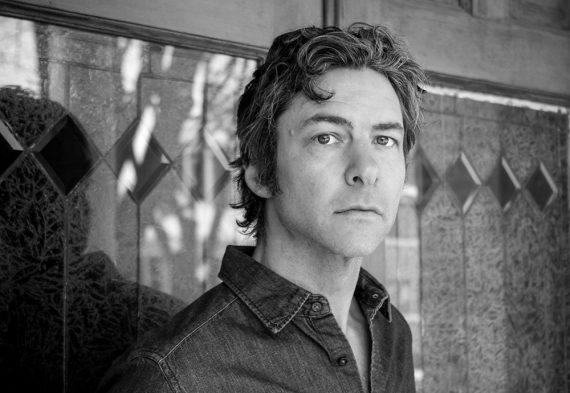 Looking for a thread connecting some of the year’s best records, from Joan Shelley  to Wooden Wand’s Clipper Ship,  Brokeback’s  Illinois River Valley Blues to Michael Chapman’s 50?  Look to guitarist James Elkington. For the last couple years, the UK-born, Chicago-based musician’s been everywhere, playing with Steve Gunn,  Lî¦titia Sadier, Tweedy, Richard Thompson, and many more.  Now, Elkington adds another record to the list of this year’s most engaging: his own lp, Wintres Woma.

Recorded over a handful of  days at the Wilco Loft, the album recalls Bert Jansch’s California recordings and Kevin Ayers’ most pastoral moods, subtly blending English chamber folk with rock and jazz touches. It’s deceptively casual, revealing more humor and depth with each listen. Strange characters, seances, cursed week days, and astral musings make Elkington’s songs, which showcase his  progressive pop tendencies (“Make It Up”), dreaminess (“Wading the Vapors)” and prove he can amble with the best of them (“Hollow in Your House,” “Sister of Mine”).

Elkington is as warm and thoughtful in conversation as he is on record. AD recently spent some time with him to discuss the community of likeminded songwriters he finds himself in and why now felt like the right time to strike out on his own. Wintres Woma is out Friday, June 30.

Aquarium Drunkard: Your resume is really something. You’re all over the place.

James Elkington:   I definitely feel like part of a community right now, which is something that I feel like I always wanted to be actually. Before I moved to the States, I lived in London for about ten years. I was in bands and stuff and I never felt any sense of community there. It was very insular and people just had their heads down and were doing their own thing. I would buy all these records from Chicago and I’d see the same names come up all the time. I was like, “God, they all live in the same town and they all play on each other’s projects. It just sounds so liberating and creative.” Actually being here, it became everything that I wanted. It actually sort of transcends the music in a way. It seems to be a more general sensibility.

AD: I imagine you make personal connections playing with people like Nathan Salsburg, Joan Shelley, and Jeff Tweedy. Does that inform the musical interplay?

James Elkington: Yeah, I think so. I think it does. Maybe it’s not the most important thing but it’s definitely up there, that kind of a shared viewpoint. It’s not even that everyone’s into the same stuff at all, actually. It’s very varied, but there seems to be so much respect among those people for other people’s views. Something is going on. I would hesitate to give it a name or attribute any movement to it.

AD:  I don’t know what it’s called, but I really like it.

James Elkington: I like it, too. It’s funny, it’s like a lot of, I mean, I’m English and a lot of the music I like is English. I hear this thread going through really disparate music. It’s something I’ve always been really interested in. There’s a certain sort of, arguably an English sensibility to a lot of things I like and relate to. In the same way, the stuff that we’re talking about that’s going on over here, it seems like some sort of mutation of Americana for lack of a better word, or something like that [but] if you put like an Brokeback  record next to a Steve Gunn record and then put that next to Joan’s record, there’s not an awful lot of shared vocabulary there. It’s like you said, it’s more of a feeling.

AD:  On this record, you’ve got a few collaborators on bass and percussion, but it’s mostly you playing. You’ve been focused on work as a side man for the last couple years. Did it feel important to make a real “solo” record, in terms of it mostly being you? Did you have that desire?

James Elkington: I think I did. I used to be in bands before. I had my own band [The Zincs] in Aughts when I was here in Chicago. I was never particularly comfortable with being a band leader and really saw myself as more of   a collaborator. I’m generally kind of a back room guy, really. But I also used to write my own songs, and really used to like doing my own arranging and all that sort of stuff. But I think somewhere towards the end of the Aughts, I don’t know what it was. I think I had too much invested in the idea of having a career in music on my own terms. I think that I kind of jumped at having my own band and making records and being in Chicago. I did all of that, [but] it wasn’t particularly fulfilling for me. I didn’t really enjoy that process that much. I think it had to do more with my outlook than anything else. I think when you come to any situation, any kind of artistic situation, and you’re asking for [specific] things from it, then you’re probably going to be disappointed.

AD: That’s an interesting way of putting it, yeah.

James Elkington: I went on to prove that fact to myself. I sort of gave up getting there. I still had other bands and collaborations, so I was still doing records, but around the end of the Aughts, I kind of gave up doing that. It was really when I kind of let go of that whole idea — and actually kind of joked to my friends about quitting music — that’s when things started to get really fun for me. I kind of let go of these preconceptions of what I was really expecting from a life of music and then suddenly the universe bestowed its bounty on me.

AD: So with this record, how did you find your way back to being “the guy?” The songwriter?

James Elkington:  When I started playing guitar in other people’s projects, it was like really my cup of tea. It was really just letting go of all that and just seeing how I would work in different situations and bring my outlook to other kinds of music. I had a lot of fun doing that. But as the years went on, I got to be more in a situation where I was actually playing the kind of music I was personally drawn to — kind of culminating in playing with Steve and then playing with Jeff Tweedy’s band Tweedy. Steve I met on tour, and my friend Nathan [Salsburg] actually had played me his record before I even met him. He said, “I think you’d be really into this.”

So, yeah I met Steve, and when I heard Steve play. He was playing solo. I talked to him after and I was like, “This is gonna sound weird, but I feel like I know exactly where you’re coming from.” Playing with Steve and Jeff stirred something in me to start writing my own stuff. I knew what I did would be different, but it  was good to be around people who were doing the sort of thing which I would kind of like to be doing in my own way.

AD: Were you writing lyrics  over that whole period? Were you keeping notes or did that all come with the new set of songs?

James Elkington: Yeah, it did. In that whole time, I hadn’t really written any words. Which is something that I like to do. I usually need to be writing towards something. The lyrical ideas came as a result of the music, and they were kind of surprising too to me.

AD: What surprised you about them?

James Elkington: I don’t know. I’ve always been a fan of the opaque or more oblique lyrical style. I don’t really like particularly linear lyrics. I like it when I hear lyrics where my brain has to make the connections itself, you know? I think in the past, when I’ve written lyrics, I always have some sort of audience in mind. That’s one of the things with this record, but lyrically and musically: I really didn’t. I was just making it for myself. I wasn’t even sure anyone would hear it. I know everyone says that, but there you are.

AD:  It often feels like a funny record to me. Not a “funny” so much as very winsome.

James Elkington:  You know, I like jarring language and playing with that. I like deadpan shit. I like it occasionally when the fourth wall is broken for a second and someone in the song addresses you. It seems personal because they’re saying something that someone wouldn’t normally say in a song. I don’t do a huge amount, of that because I’m not a hugely confident person, but when I hear David Berman do it, it’s the best.

AD: Life is funny and weird and so are lot of my favorite songwriters. I think Jeff Tweedy’s lyrics are often funnier than a lot of people give him credit for.

James Elkington: And they’re getting funnier too.

AD:  Obviously, there are reference points, like Richard Thompson or Kevin Ayers, for your music. Both of them can be very funny. A lot of my favorite songwriters have that current of humor running through their work. Sometimes John Fahey sounds funny to me and he’s not even singing, so I don’t know.

James Elkington: No, that’s a real thing. There’s a tremendous amount of humor in his playing.   I think you’re right. I think life is funny…and there isn’t time for me to not be me. I guess that’s mostly what this record is. When I gave it to Paradise of Bachelors, Brendan [Greaves] was like, “You know, this really sounds like you.” I don’t know if it was necessarily a compliment, but he was like, “Yeah this sounds like you.”

AD: What more could you ask for?

Read more :: The True Topography: The Paradise of Bachelor’s Guide to Science Fiction and Fantasy Fiction