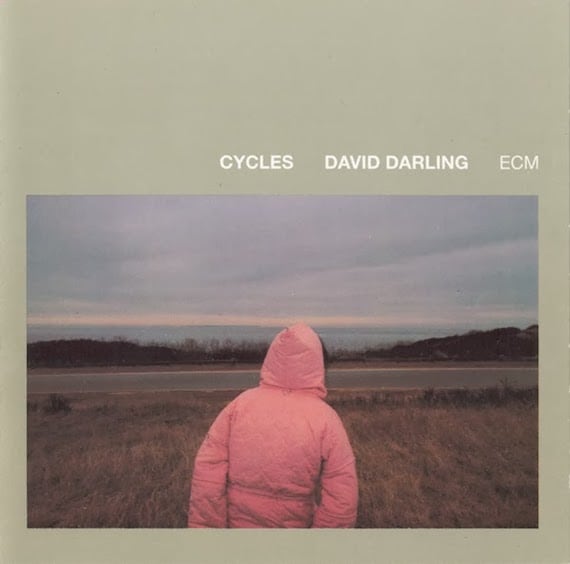 Last year witnessed the opening of the hallowed digital vaults of the ECM label. Long a holdout from digital platforms, the Berlin based ECM (Edition of Contemporary Music) was founded in 1969 by Manfred Eicher in Munich, blurring the lines between contemporary jazz, classical and the avant-garde. Stay tuned for our own chap book dedicated to the label’s on-going forward thinking output in the near future. But now, a look at David Darling’s celestial Cycles.

Released in 1982, the Manfred Eicher produced ECM session that constitutes the record finds the cellist joined by  Steve Kuhn on piano, Collin Walcott (sitar, tabla, percussion), Jan Garbarek (saxophones), Arild Andersen on bass and Oscar Castro-Neves on guitar. With a 46 minute runtime the album’s seven tracks exist in a state of flow, one described by author  Tyran Grillo as “a bubble of possibility that only expands with every listen…like portals, beginning and ending in the same draw.” It’s Darling’s record, but as a leader his touch is deft, allowing the incredibly impressive ensemble to stretch out and improvise within the compositional framework. Widescreen, ambient, transcendent.

Excursions in sound. Dig this flavor of culture reportage? If so, support us through Patreon. Help us continue to produce mixtapes, podcasts, radio shows, a/v joints, interviews, features, and much more.

One thought on “David Darling :: Cycles”