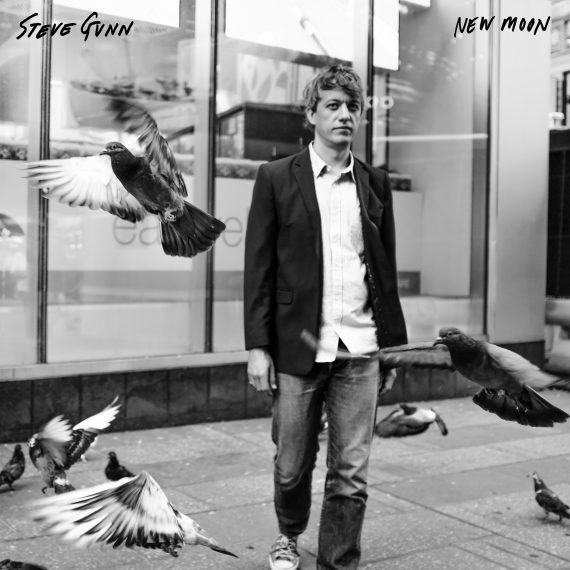 Steve Gunn’s back, and he’s got spirts on his mind. On January 18th, the singer/songwriter returns with his fourth album, The Unseen In Between, and today the first taste of the album made its way into the world. A classic slice of folk rock, “New Moon” sounds like a conjuring, a spectral, hauntingly eerie jam for the liminal days when the veil between worlds grows thin. Produced by longtime associate James Elkington and featuring the bass of longtime Bob Dylan “musical director” Tony Garnier, “New Moon” begins in a retrained Donovan mode, acoustic, standup bass, and tremolo-drenched electric guitar shuffling under Gunn‘s husky baritone. But over the course of its leisurely five minutes, the song slowly twists into a more phantasmagoric shape, with lush strings rising up Bryter Layter-style, giving the song an autumnal tinge. The Unseen In Between follows 2016’s Eyes on the Lines, and finds Gunn processing the passing of his father. Though other songs on the album address loss more specifically, “New Moon” nonetheless reaches for the unknown, pondering about spaces hard to access. “I see a glimmer/Across the wall through the mirror,” he sings quizzically. “Past the streets beyond the weather/To that place that no one seems to know.” “New Moon” finds Gunn excelling as a chronicler of parts unknown. words/j woodbury