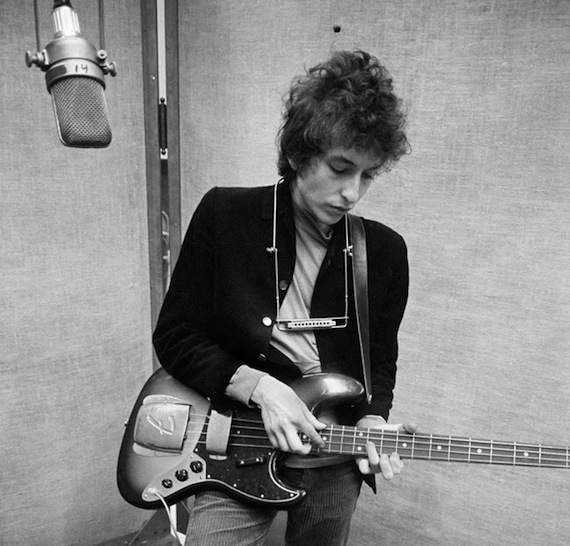 The studio recordings Bob Dylan made in 1965 are undoubtedly up there with the best rock and roll ever put on tape. The remarkable thing about this period, however, is how ramshackle Dylan’s process was at the time. Dylan told Allen Ginsberg that he would: “go into the studio and chat up the musicians and and babble into the microphone then rush into the control room and listen to what he said, and write it down, and then maybe arrange it a little bit, and then maybe rush back out in front and sing it [again]!” The resulting masterpieces — Bringing It All Back Home, Highway 61 Revisited 61 and Blonde On Blonde — speak for themselves. But there were plenty of false starts and fragments that illuminate how Dylan was conjuring up that thin, wild, mercury sound.

First up is “You Don’t Have To Do That,” recorded at the first Bringing It All Back Home sessions in January. It’s just a catchy solo acoustic thing, pleasant in its inconsequentiality. Clocking in at under a minute, it calls to mind some of the throwaways from the prior year’s  Another Side of Bob Dylan. Bob had bigger and better things on his mind.

Bob Dylan :: You Don’t Have To Do That

Next, we move on to the summer of ’65 to the Highway 61 Revisited sessions for a tune known alternately as “Lunatic Princess Revisited” (likely a bootlegger’s tongue-in-cheek attempt at coming up with the quintessential Dylan song title) or “Why Do You Have To Be So Frantic.” Amazingly, Dylanologist Clinton Heylin has claimed that it’s the musical basis for “Slow Train Coming,” which wouldn’t appear until 1979. Maybe? It’s definitely a case of Dylan babbling into the microphone over a pleasingly funky groove. “Lunatic Princess” was probably just a way to blow off steam at the time — the rest of the session was devoted to recording a little ditty called “Like A Rolling Stone.” 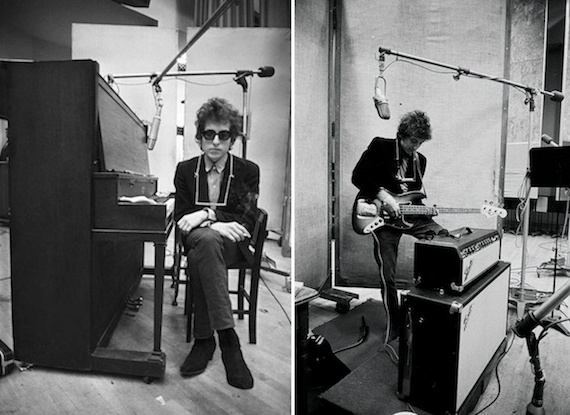 We now skip ahead a few months — a few very eventful months for Dylan — to October, when Bob was trying to figure out how to follow up the glories of the summer. He had brought his current touring band — Robbie Robertson, Garth Hudson, Rick Danko, Richard Manuel and Levon Helm — into the studio to cut “Can You Please Crawl Out Your Window,” which was released as a single in December. But the musicians tried out a few other things during the sessions. There’s an attempt at something called “I Don’t Wanna Be Your Partner,” which Dylan would rework a few weeks later into ‘I Wanna Be Your Lover” — and then discard entirely (it was finally released decades later on Biograph). And there’s another riff, “Jet Pilot,” that grooves along for a minute-and-a-half. But the real gem is “Midnight Train,” a beautiful dream of a song that Dylan would incorporate into “Temporary Like Achilles,” during the Nashville Blonde On Blonde sessions. It lasts a total of 59 seconds, but it’ll have you pressing repeat over and over. words/ t wilcox