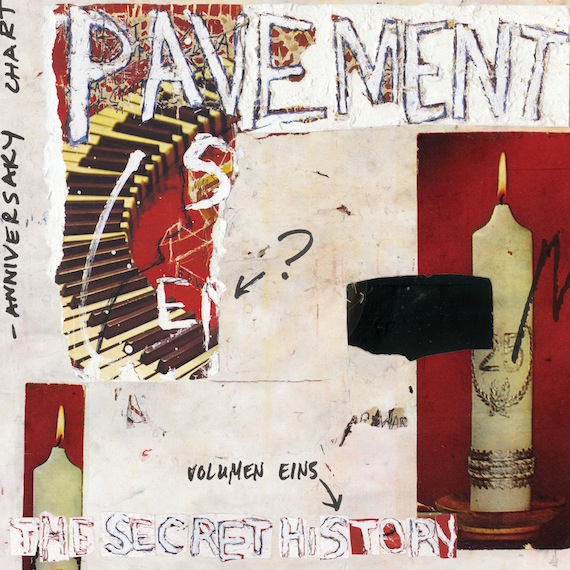 Unlike others from their decade (the 90s), Pavement, especially in the early years, left off as many a gem as they included on their proper LP output. And as recently stated by Malkmus and Kannberg, the “B-sides” from this era (almost) form a sort of alternate history of the band — you know, something akin to that Beren(stein) parallel. “The B-sides from Slanted And Enchanted could’ve been on that album easily–they were not made to be B-sides. The whole album was all just one big B-side in a way, so this stuff is equal to the album tracks. We really thought any of those songs could be on [Slanted]. Unfortunately, you have to pare it down to the 10 or 12 that sound the best together.” (via)

Enter The Secret History, Vol. 1: the first in a series of vinyl releases pulling from the recordings included as bonus material attached to the CD reissues of the band’s catalog between 2002-2008. And here’s the thing, unlike so many re-packaging / reissue money grabs, Secret History is a very welcome inclusion in the Pavement pantheon. As a ‘shadow album’, the era’s various B-sides, session takes, etc. have been thoughtfully sequenced, providing an essential document connecting the dots between the release of the loose/raw/unhinged album that was Slanted and its follow-up — the very different Crooked Rain, Crooked Rain in 1994.

I’ll leave you with this.